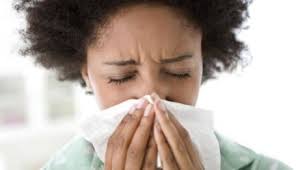 *Àpá means Scar ( pathetic Story)
This is the story of my Àpá. *Àpá means scar*

I finished my NYSC in 2016 and immediately, I got a job with one of the banks in Nigeria and my branch is in Ogba, FCT.

I was barely 9 months to the banking job and one day, a fair lady passed a cheque leave to me, she has come to withdraw money from her account and a simple compliment from my end “you are looking beautiful” created a spark that would later turn me into a mad and paralyzed guy for 2 years and that has been my Àpá.

I appreciated her beauty and sincerely speaking, her complexion and beauty will make a guy look at her more often as long as she is around – and that was what happened! I couldn’t concentrate.

Though, I didn’t make a mistake while handling her transaction but the mistake I made cost me more. I lust after her beauty.

When I gave her the cheque leave to write her name, address, and sign at the back, she returned it with her complimentary card and I promised to call her after working hours.

I couldn’t wait till the close of the day, I was looking at the time every five minutes. It was as if I was in eternity – the time was just too slow.

My colleagues noticed my uneasy acts and they were just wondering – what’s happening to Ola? Someone who won a lottery would not be happy more than me that day.

I never knew I was entering into a journey that will take only the mercy and deliverance from God to save me. Still, the Àpá is with me.

After working hours, I put a call through to her and we fixed an appointment to meet that weekend.
Devil so planned it that it’s just #100 from my place to where she was staying at Ogba and by the weekend, I was at her place.

I can never forget that Saturday evening. She welcomed me with open arms and asked what I would like to take off which I responded “anything”.

Well, she didn’t offer me anything but she did offer me something. She offered me what she called ‘Nneka Treat’ and that was the beginning of the Àpá.

Her complementary card reads – BJ Services …for all your pleasures, and her name Nneka, as the Managing Partner. So, what she had just offered me was a BJ and that was the first time I will experience such. That was the birth of my Àpá.
Well, I was a Christian but not a serious one then so I will categorize myself as just a churchgoer because I lost all my church sense that day.
After the BJ experience, we ate and later had *** and the Àpà was stamped. I couldn’t even go back to my place until the following day and I am sure if I wasn’t going to resume work on Monday, I would still stay another day in her place.
When I got home the following day which was Sunday, I started calling her every day for the next 4 days.

The purpose of my calls was just to greet her and to ask for what she wanted and it was the same sentence anytime I call. “Hello Nneka, how are you today? I just want to ask you, what do you want?”

On Monday, which was the first working day after the incident, I called her in the morning in a place called “kitchen” at my place of work and I asked what she wanted for the day, she said, “I want you to transfer all the money in your account to me”, and my response was just ” yes ma”.

You would have thought I was transferring my ‘close to a year’ savings from the bank job to save a life at the hospital, that was the speed I used in transferring #256,000 that I have in my account to her.

I had to even beg her after doing the transfer that I still have #1,032 left in my account but I couldn’t transfer it and she said no problem.

The following day, Tuesday, she asked me what other investments do I have, I told her “I have a land bought from cooperative and another land that my late dad gave me.”

She asked me to sell it that day and transfer the money to her that same day and I had to sell both lands for #65,000 so that I can meet the deadline she gave to me.
By Wednesday, I had to sell all the electronics in my apartment and the furniture for #20,000 at Sabo.

A guy living in my neighbour organized everything after I left for work, he just gave me the #20,000 as the amount of the goods sold.
By Thursday, I didn’t have anything to meet up her demand and her response “then that’s the end of you” was what I heard last…
Until after two years…

I heard that I ran mad at the “kitchen” after making a phone call. The kitchen is a private area in my place of work where we freshen up before attending to customers and to cool off the stress of the day.

I had been calling Nneka from there since Monday after my encounter with her, and I think since I didn’t have anything to offer again after my call with her on Thursday, that was why I ran mad and later became paralyzed.

I was told that it was the staff who knew the Church that I was attending that took me there and they put a call through to my mother to come down and attend to me. I had filled her name in my file as the next of kin.

I was told that it was the stress of my state of madness that cut short the life of my mother because I was not just a mad man, I was a paralyzed mad man.

I was told it was my mum that will carry me to the bathroom, to the toilet and she was there to take care of me. The church could only do little.

I was told that after one year in that state, my mum died and I was transferred to a prayer mountain with the help of Bimpe.

It was on the prayer mountain in Ogun State that I heard people shouting Hallelujah. For a very long time, I didn’t know what was happening. All I saw first was that there were madmen chained under tress around and after a while, I saw Bimpe.

I could recognize Bimpe after two days of gaining my sanity fully and being able to talk.
Bimpe was one of the marketing staff in the bank where I was before the whole saga and she was my friend there.

She told me she had to resign from the job after 1 year the incident happened to me because she heard from God that I am her husband and she said the confirmation was strong.

Though she said it wasn’t easy for her but she knows the voice of her Father. Her family too supported her and she was with me after the death of my mum.

Together with the support of her family, they were the ones who carried me to the prayer mountain in Ogun State and she had been there with me for a whole year till I receive my miracle.

I was called a mad man for 2 years and though I’m healed the Àpá is still there because now I use crutches.
Not many will receive mercy as I had received it from God.

Bimpe discussed with me some of my manifestations during the deliverance sessions and she said it was just God’s mercy that restored me.

Truly, I am a living testimony of what is called Sexually Transmitted Demons as Bimpe said I manifested a whole lot of them before being delivered.

Now, I’m still using crutches and I can’t go back to the place of work again. I will have to start arranging myself to find a new job but it will take some time.

However, I give thanks to God for delivering me from the shackles of Nneka.
The question I ask every day is – How many people who have been trapped by Nneka have such testimony as mine?

Read Also: How do you maintain a good relationship

If only the youths of this generation will learn from my experience and know that the best thing to do is to flee from all appearances of evil, sincerely it will save them from a lot of Àpá.
This is the story of my Àpá.
Àpà means scar and even though I have been delivered, the Àpá is still there.

Nothing has stolen more dreams, dashed more hopes, broken up more families, and messed up more people psychologically than our propensity to disregard God’s commands regarding sexual purity.

5 Comments on this article