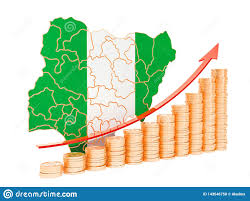 Corruption stories have been the dominant theme of governance since the Buhari government came into being more than eight months ago.

In many ways, this is not surprising. His candidacy was marketed on his well-known integrity and apparent incorruptibility.

Buhari was also reported to have said that he would like to be remembered as a President who fought corruption to a standstill.

One of the most recent of the corruption stories is the one from the Minister of Information Lai Mohammed who was reported as saying that about 55 persons looted N1.3 trillion in seven years.

To lend credibility to these figures the Minister sought to speak with the specificity of a statistician by breaking the figures down: state levels were said to have stolen N14 billion. 11 businessmen who helped themselves to the tune of N653 billion.”

Not to be out-done, the Economic and Financial Crimes Commission was also reported to have said that the country recovered more than $2 trillion that had been looted from the national treasury over the last twelve years.

Read Also: What are the influence of industrialization on the Nigeria economy?

Dasukigate and the alleged $2.1 billion meant for arms procurement which was reportedly shared among friends and cronies are now an old tale.

What is the real reason for these corruption stories? Is it to de-market the PDP? Or to mobilize a sense of outrage against impunity?

Or to appropriate a moral high ground by playing the ostrich? Is it because the APC-led government is truly enraged by the cases of corruption it met on the ground? Or is it because corruption stories are the government’s comfort zone?

Largely because the country is deeply polarized it is highly unlikely that Nigerians will ever agree on why corruption stories have completely drowned other conversations on how to resolve other compelling challenges that the country faces.

Anyone conversant with my writings will obviously know I have been a consistent critic of the system of fighting corruption in the country – from as far back as the days of Nuhu Ribadu’s EFCC. There are a number of issues to ponder about in the current corruption stories:

Read Also: What is Nigeria doing to resuscitate her economy?

I have consistently argued that what the country needs more than anything else is reconciliation and re-energizing the nation-building process because unless this is done, any solution thrown at the country’s numerous problems will only quickly become part of the problems.

Is it then any wonder that some are already sneering at the current corruption fight as being selective? Selectivity is of course embedded in any form of fight against corruption in our type of society because no government will really be expected to move against its core supporters and sponsors.

This creates a big room for those currently being accused of corruption – including those who know that they are guilty as charged – to use ‘selective justice’ and ‘persecution’ to turn themselves into heroes and heroines as soon a new government replaces this one. That has been the standard practice in the country’s history of fighting corruption.

Meanwhile, while we are regaling in the numerous corruption stories foreign news headlines create a profile of a country on the verge of implosion.

For instance, the highly influential bi-monthly Foreign Policy Magazine of 8 February 2016 titled its story on Nigeria: ‘Nigeria Is Coming Apart at the Seams’.

Similarly, Wikistrat, the crowd-outsourcing consulting firm (founded in Australia in 2009 but headquartered in the United States) recently opened a forum on Nigeria, which is titled ‘Nigeria: From Opportunity to Crisis’.

A key question we must ask ourselves, therefore, is whether the numerous corruption stories are accentuating a certain negative profile of the country in the international imagination.

Put differently, are we unwittingly de-marketing the country with these corruption stories and the fantastic figures of stolen money being bandied about?

Have we really established the necessary frameworks for fighting corruption? What became of the idea of corruption courts that were mooted several months ago? Have we defined what we mean by corruption and separated it from impunity?

Three, the corruption stories raise the question of the place of ‘name and shame’ or media trial in a country like ours. Why are ‘ordinary people’ fascinated by such corruption stories that will at least show that the super-rich I only rich at their expense?

Do name and shame really deter corruption in a country like ours? If so, why is it that ‘budget rats’ are being accused of padding the 2016 budget proposal despite the current corruption stories and the no-nonsense mien of the President on matters of corruption?