In this post, we will rank the list of US States by population density. The United States of America (USA) is a federal republic comprising 50 states, a federal district and five other territories that are self-governing. We will rank the US states from the largest to the smallest. 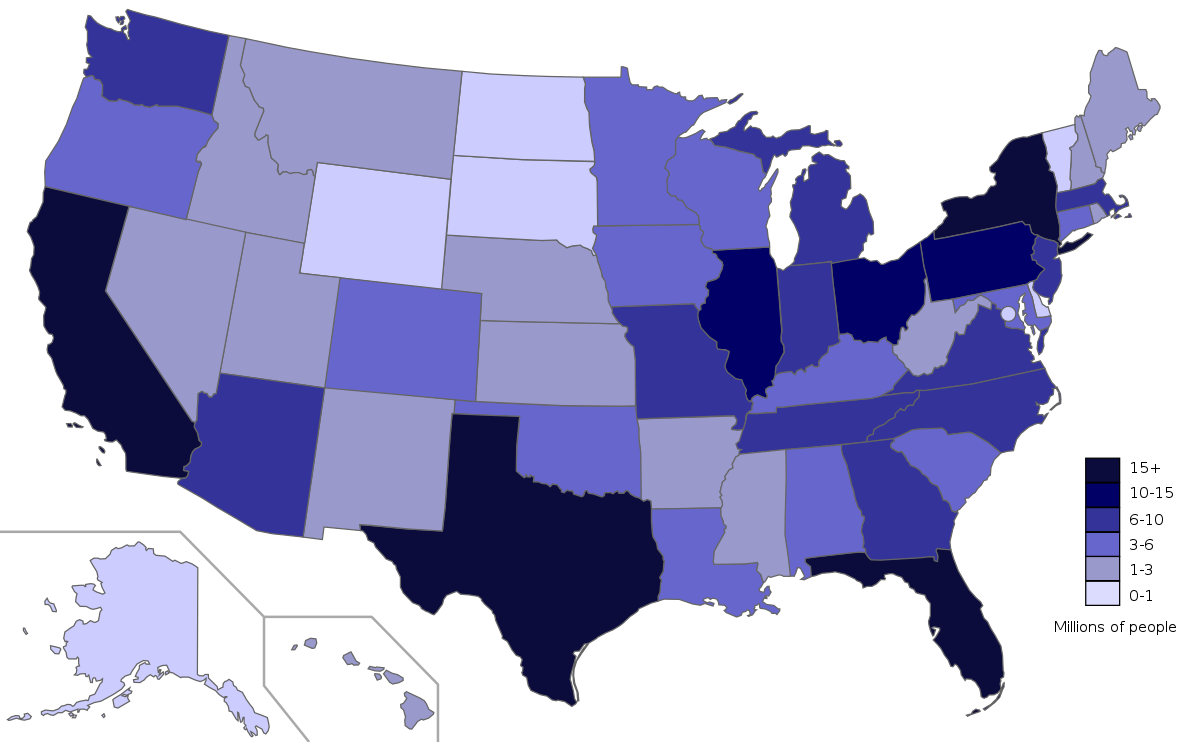 The list was made using the 2016 Census estimates taken by the United States Census Bureau.

Which is the most populated state in USA?

What is the least populous state?

The Answer: According to national census figures, Wyoming is the least populous state in the country with an estimated 544,270 residents spread out over more than 97,000 square miles. See our Population by State table for the full rankings.

Price of California driver’s license, requirements and how to get it