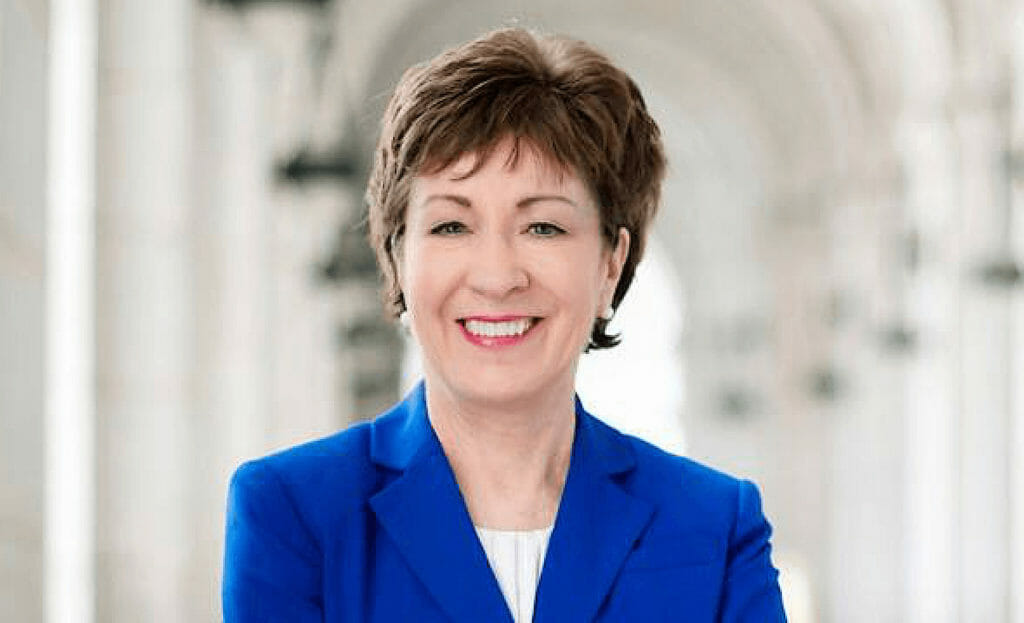 She has long since occupied prominent positions which have given her a long time political standing. Dated back to when she was appointed the commissioner of the Maine Department of Professional and Financial Regulation by Governor John R. Mckerman, Jr in 1987, she had continued to climb the political ladder without relent.

Collins was first elected to the U.S Senate in 1996 and subsequent re-elections occurred in the year 2002, 2008 and 2014. She is the chairperson of the Senate Special Committee on Aging and was a former chairperson of the Senate Committee on Homeland Security and Governmental Affairs. She is known for having never missed a single Senate vote since she became Senator by September 2015 as her consecutive votes streak had reached 6000. 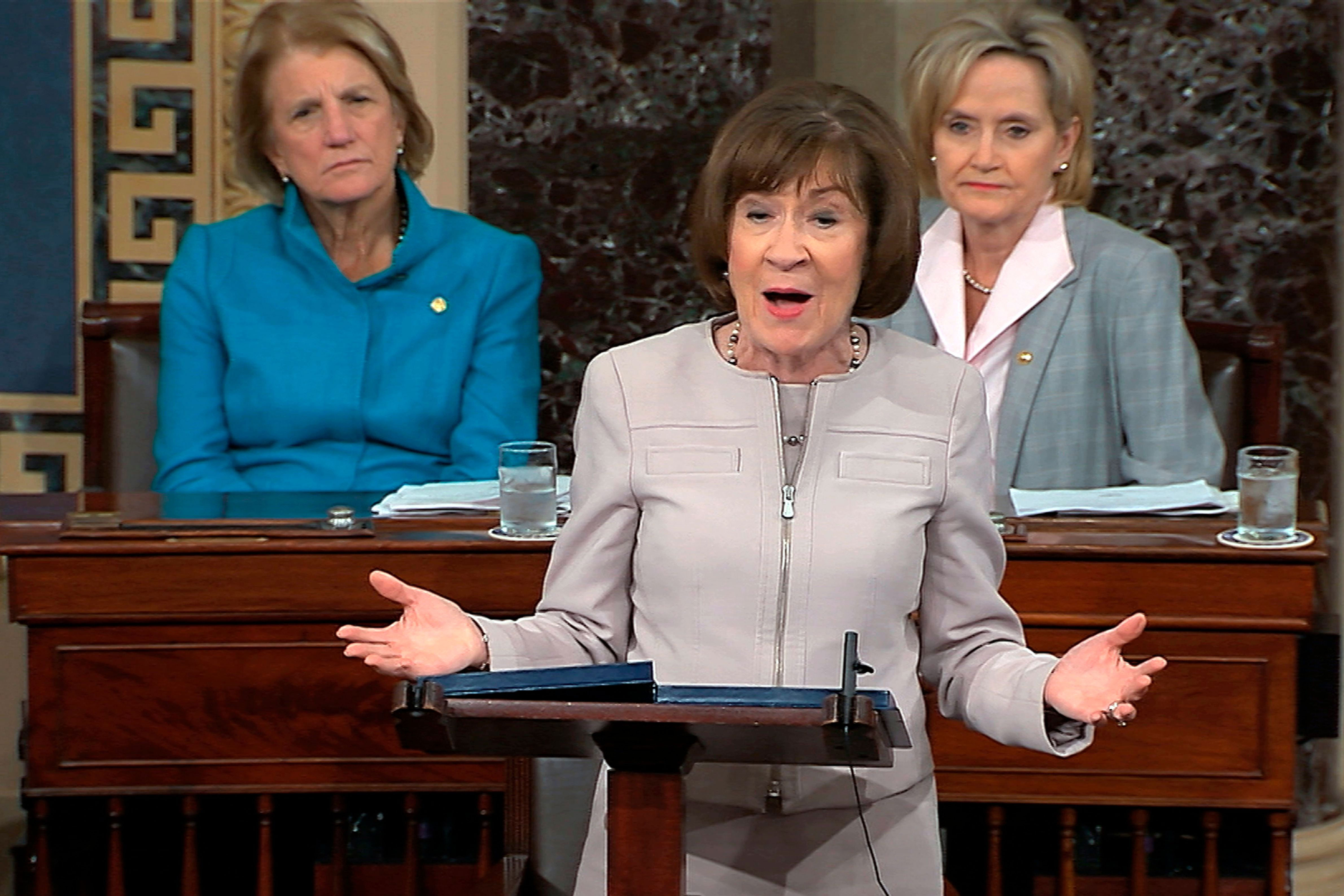 Susan Collins is the most senior Republican woman in the Senate, she is the dean of Maine’s congressional delegation and she is the only New England Republican in the 166th Congress. She is described as one of the most moderate Republicans in the Senate and subject to many controversial jibes on her unfailing loyalty towards her party. She has often been targeted during highly watched legislation as she often positions herself as a pivotal vote.

Collins attended Caribou High School where she was the president of the student council. She was later chosen to participate in the U.S Senate youth program during her senior year in high school in 1971, through which she visited Washington D.C for the first time and engaged in a two hour conversation with Maine’s first female United States Senator, Margaret Chase Smith, who was also a Republican as at that time.

Susan Collins is married to Thomas Daffron, a lobbyist at Jefferson Consulting Group, a lobbying and consulting firm in Washington D.C. They took their marital vows on August 11, 2012, at the Gray Memorial United Methodist Church in Caribou Maine. She is also a member of the Catholic Church.

She has consistently been endorsed by the Human Rights Campaign, a major LGBT Rights Organization due to her liberal view on social issues as she is neither conservative nor biased when it comes to expressing her opinions and giving her full support to those considered as a social mishap due to their sexual preference.

Collins is one of her tweets stated that there’s simply no investment that promises greater returns than biomedical research as she believes it supports skilled scientists including many in ME to find treatment and cures for diseases that affect nearly every family to which she has received many backlashes for such a foolhardy gesture.

She has also invested in the initiative of giving billionaires in the United States enormous tax cut to which she has been criticized greatly.

In 1994, she became the Republican nominee for Governor of Maine. She was the first female major party nominee for the post, finishing third in a four-way race with 23% of the vote. She became the founding director of the center for the family business at Husson University after her bid for governor in 1994.

She has been considered by some groups and organizations to be a relatively bipartisan member of Congress. On March 26, 2014, Elle Magazine honored Collins as one of the ten most powerful women in Washington Power List.

In February 2019, she was one of the five Senators to sponsor legislation authorizing the Treasury Department to mint coins honoring the late George H.W. Bush and Barbara Bush under the Presidential $1 Coin Act of 2005.

Susan Collins has been criticized for her loyalty towards her party, her support for Donald Trump, voting the Republican tax bill and supporting the nomination of Brett Kavanaugh to the Supreme Court. She has also been criticized greatly on her investments.

Susan Collins is known to be a moderate Republican as well as a Liberal Republican. She is a successful politician with long-standing credibility in offices occupied. Though she has been a focal point for major controversies she has many achievements and awards to her name. She is financially comfortable with an annual salary of $380,000 and an estimated net worth of $4 million dollars.