10 Things You Need to know About Ile-Ife 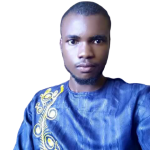 Ife is an ancient city of the Yoruba race. It is regarded as the start point of the Yoruba people. The city of Ife is a big city located in the present-day Osun state which is about 218 kilometres northeast of Lagos state. The city covers a total 1,791 km2 of the state.

Ife consists of four local governments which include Ife Central, Ife East, Ife South, Ife North with a total population of about 755,260 people according to the 2011 census.

Ife is a great city with many historical and cultural stories behind the city, so if you want to move to the city, below are 15 things you need to know about the city of Ife.

1. The Origin of Ife is regarded as the Mythic creation of the world

Olodumare who is regarded by the Yoruba religion as the Supreme God sent Obatala to create the earth but he found and drank wine on his way which made him intoxicated.

Oduduwa who was the younger brother of Obatala saw the state and condition of his brother, collected the three items of creation from him and climbed down from the heavens through a long chain, he then threw a handful of earth on the ocean before putting a cockerel that would shatter the earth.

And that was the birth of the Great City of Ife and its people. Though there are many myths about the creation of Ife this one is the most generally accepted one.

2. Dispersion from the holy city, the birth of Regional states

After the creative work done by Oduduwa, he had sons and daughters who found their own kingdoms which include Ila Orangu, Sabe, Owu, Ketu, Popo among others.

Oduduwa’s lastborn, Oranmiyan was sent by his father to oversee the nascent Edo Empire after the people of Edo begged Oduduwa to govern them and he agreed.

3. Ife has cults of the spirit

Every day of the year, the traditional worshipers celebrate a festival for one deity or the other because Ife is popularly known as a city of 401 deities with the Ooni (traditional ruler of Ife) as the 401st deity.

Being in Ife will afford you seeing these colourful effects but historically, the Ooni only appeared in public during the yearly Olojo Festival. Other notable festivals include the Edi festival of Moremi, The Itapa festival for Obatala and the Igare masqueraders.

4. The Ooni is the Traditional ruler of Ife

When counting A-list kings in Nigeria, then the Ooni of Ife is considered as one of the most respected and leader of other Yoruba Obas.

The Ooni is often referred to as “Igbakeji Orisha” which means second to the gods because he is considered as the 401st spirit, the one that speaks.

His Imperial Majesty Adeyeye Enitan Ogunwusi Ojaja ll is the present Ooni of Ife who ascended the throne of his forefathers in 2015. He is the 51st Ooni of Ife.

5. Ife has a good Art history

Ife is widely known for its ancient bronze, terracotta sculptures which were widely known and accepted between 1200 and 1400 AD when they reached the peak of their artistic expression.

Ife was also popular for its glass beads. Many of the magnificent collection of the Ife art can also be found in National Commission for Museums and Monuments, Nigeria after the exhibition that featured over 100 superb pieces of Ife sculptures to mark the 50th anniversary of Nigerian Independence in 2010.

6. The Geography and Climate of the city

Ife is a city located in the tropical savanna climate zone of West Africa with an average rainfall of 1340mm and average annual temperature of 26.2 0C.

Ife is 40km away from Osogbo the state capital and East of the city of Ibadan. Its road connects to cities like Ede, Ilesha and Ondo state.

7. Be ready to party

almost every day in Ife is a day of one ceremony or the other ranging from Wedding, birthday, concert, burial, festival, carnival or just a normal get-together party. The people of Ife like most Yoruba communities like to party at any given opportunity.

Anytime you are in Ife, just take a time out to visit one of those parties to enjoy different Yoruba delicacies with big meats.

8. Reserve Area and centre of tourism in Ife

Yorubas everywhere in the world trace their roots to Ile-Ife as it is regarded as a holy city for the Yoruba race. If you are looking for places to visit, then you will need to start from the palace of the Ooni of Ife.

The palace contains the royal stool that Oduduwa the founder of the Yoruba race used. The Oranmiyan staff (Opa Oranmiyan) is a mystery staff that has attracted many tourists around the world.

The staff is about 18 feet above the ground and the mystery is how the staff got there. Other places of interest include National Museum Ife, Obasewa complex, Oduduwa groove; Moremi Shrine, Ife Nla and the Obafemi Awolowo University Ife which is one of the best and most recognized university in Nigeria and West Africa.

The cost of things in Ife is moderately low. You can get apartments ranging from the one-room apartment, self-contain and flat for a reasonable amount.

You can get a decent one-room apartment for 20 thousand nairas per annum, self-contain for #60 thousand, and a three-bedroom flat can go for #120 per year.

Transportation too is cheap in Ife as the most popular means of transport is the use of okada. You can lodge a hotel in Ife for as low as #2000 per night. Meals in the hotel too are considerably cheap, although prices vary depending on the type and location of the restaurant or eatery.

Read Also: In what way can legal profession be improved in Nigeria?

If you are the type that likes clubbing or moving in the night, then you will need to be very careful. Ife is a land full of many rituals, traditions and festivals so not all festivals are favourable to strangers.

The Olojo festival is the most popular festival in Ife which runs for seven days. During these days, there are activities that involve rituals, sacrifices and other things which strangers are not permitted to partake in. during this period all strangers are expected to be indoor until the sixth and seventh day.