Chrissy Metz has become a household name thanks to her role in the breakout hit This Is Us, but the road to stardom has not been easy.

The 36-year-old suffered from depression and a 100-pound weight gain a few years before her big debut — and she landed in the hospital on her 30th birthday after experiencing a panic attack.

However, it was just what she needed to jumpstart her weight loss. 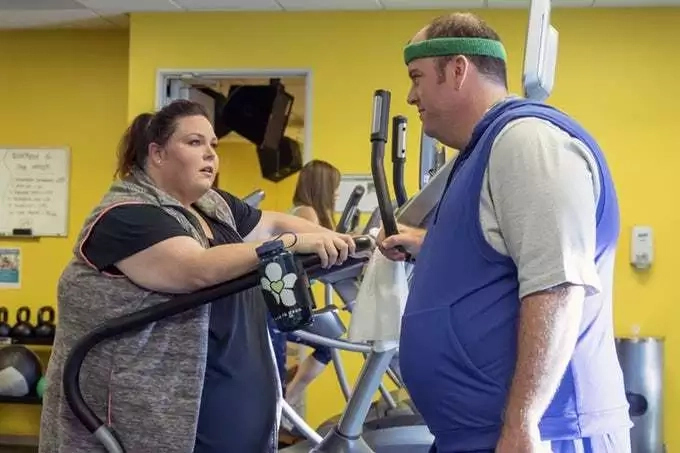 Right after the weight loss, she landed a role on American Horror Story: Freakshow, where she was required to wear a fat suit, which helped put her health into perspective.

“It was sobering,” she added. “I thought, ‘What if I become that heavy and can’t walk around or get stuck in the doorframe? I was like, ‘I don’t want this for me.’ ”

Fast forward, and Chrissy is still struggling with her weight but is happy to be an inspiration for viewers of the NBC series.

“You don’t realize that somebody who’s average or even very fit could relate to someone who’s overweight,” she said, “but it’s not about our size — it’s how we look at ourselves and how we feel about ourselves.”

It was reported Chrissy was contractually obligated to lose weight for her character’s story arc, and she loves the added motivation. 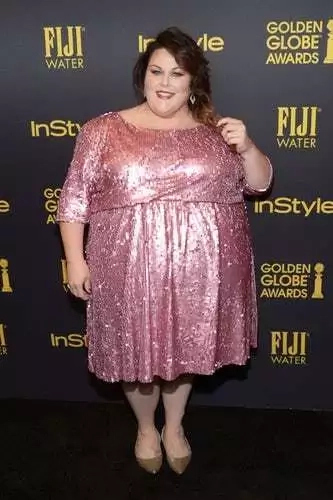 “In our contract, it did state that that would be a part of it, to lose the weight in the trajectory of the character as she comes to find herself,” she told TVLine.

“That was a win-win for me. Because it’s one thing to try to do it on your own. But as human beings, it’s an ego thing: We’re more likely to do something for someone else.”

She added, “I just have to be very clear. Whether or not I lose weight or stay the same, it’s purely a choice of mine for health. Not because I think that plus size, curvy, voluptuous, big bodies aren’t attractive — because I think they’re awesome and sexy.”