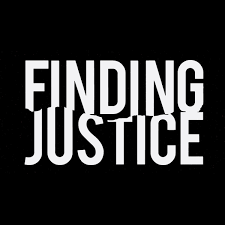 Overview Of Justice And Brutality In Nigeria.
Written by C.K. Ezeanwu.

According to wiktionary justice is defined as “The ideal of fairness, impartiality, etc., especially with regard to the punishment of wrongdoing.” While brutality is defined as “A cruel or savage act or the use of excessive physical force e.g. police brutality.”

Read Also: 8. If you could get away with a crime, would you? If yes, what would it be?

There’s a clear distinction between justice and brutality but unfortunately brutality is most times regarded as justice in Nigeria.

Firstly, there’s the issue of ‘jungle justice’ in Nigeria, most people have decided to take laws into their own hands and play the role of Judge, Jury, and Executioner.

Once a person is accused of any criminal activity by the majority in some parts of Nigeria like Lagos, Warri, Onitsha, etc. People decide to take harsh actions without trying to find out the real story or handing the person over to the law to be treated as the constitution demands.

Read Also: What can be done to reduce cyber crime?

I actually think these set of people are sadistic and derive joy from inflicting pain, you’ll see them rushing to the scene with different weapons and in most cases, the accused is set ablaze with a tire around his/her neck.

I once watched a video a few years back which displayed men stripping girls who were accused of stealing from a market in Ejigbo Lagos State naked and inserting wooden cane and pepper into their private part, that video was an eyesore and a stain on the pride of this nation.

Also, we have police brutality, some of the people who took an oath to protect civilians abuse their powers and intimidate the very civilians they were charged with protecting.

Arrests take place without evidence and people are subjected to harsh interrogations to give false confessions, this is one of the reasons we are not able to solve criminal cases in Nigeria; When a crime is committed the best way to get information is by interviewing eyewitnesses on the crime scene but in Nigeria people around the scene of the crime are bundled into their van and taken to the station as criminals so when a crime is committed anyone within a ten-mile radius evacuates.

Read Also: A bad corn promise is better than a good lawsuit

Lastly, the legal system in Nigeria is very unreliable, people who get mixed up in bad situations are not given a chance to defend themselves instead they are prosecuted for a crime they didn’t commit.

When a person is accused of a crime he/she is supposed to have a hearing to know If bail will be granted but in Nigeria a person rots away in a prison cell when he/she has not been found guilty or sentenced.