You might want to ask, is Hillary Clinton contesting for president again? Well the answer is no according to what she told CBS news.

Hillary Clinton on Sunday 9/10/2017 said she will not contest for president again. She declared the end of her career as “an active politician,” but she she will remain involved in the political fray through other means.

“I am done with being a candidate,” she told CBS’ Jane Pauley, in her first major TV interview since her defeat in the 2016 presidential election. “But I am not done with politics because I literally believe that our country’s future is at stake.” 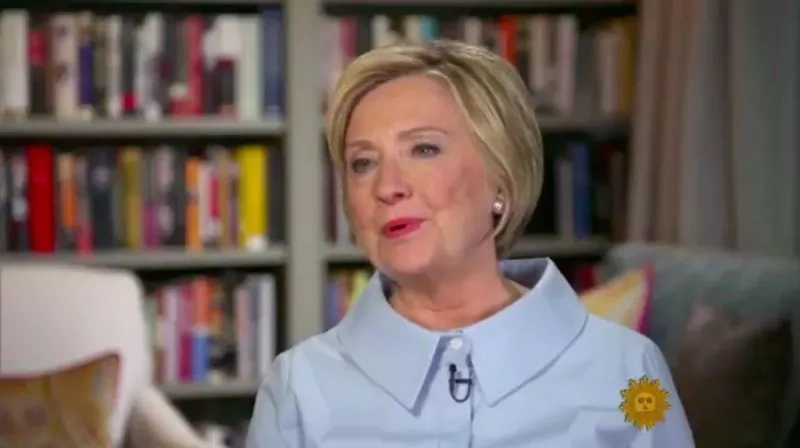 The interview, which aired on “CBS Sunday Morning,” comes ahead of the Tuesday release of What Happened, her book reflecting on last year’s election.

Clinton said she quelled what she termed her “painful” loss to Donald Trump with “long walks in the woods” and “my share of Chardonnay.”

“I just felt this enormous letdown, just kind of loss of feeling and direction and sadness,” she said. “Off I went, into a frenzy of closet cleaning, and long walks in the woods, playing with my dogs, and … yoga, alternate nostril breathing, which I highly recommend, trying to calm myself down. And, you know, my share of Chardonnay. It was a very hard transition. I really struggled. I couldn’t feel, I couldn’t think. I was just gobsmacked, wiped out.”

The book takes aim at Sen. Bernie Sanders (I-Vt.), Clinton’s primary opponent, and former FBI director James Comey for significantly hindering her presidential bid. Sanders repeatedly attacked her as a representative of the political establishment, a message Trump echoed. And Comey’s late October announcement that the FBI, which he still headed at the time, had re-opened its inquiry into her treatment of classified information as secretary of state is blamed by many Clinton supporters for her defeat.

But Clinton also acknowledged her own shortcomings, including what she said was a failure to articulate her understanding of voters’ frustrations.

“They wanted me to share their anger. And I should’ve done a better job of demonstrating, ‘I get it,’” she told Pauley.

Part of the book also addresses the pervasive sexism and misogyny she faced during the election season.

“I started the campaign knowing that I would have to work extra hard to make women and men feel comfortable with the idea of a woman president,” she said in the Sunday interview. “It doesn’t fit into the stereotypes we all carry around in our head. And a lot of the sexism and the misogyny was in service of these attitudes. Like, you know, ‘We really don’t want a woman commander-in-chief.’”

In interviews and forums since the election, Clinton has spoken out more candidly and forcefully about discrimination against women in society. She has also launched Onward Together, an initiative supporting groups that aim to strengthen the Democratic Party. These include several organizations started since the election that are focused on helping more women run for public office.

This article originally appeared on HuffPost.